It’s the opening weekend of deer season in Gunthrum, Nebraska, in 1985, and Alma Costagan’s intellectually disabled farmhand, Hal Bullard, has gone hunting with some of the locals, leaving her in a huff. That same weekend, a teenage girl goes missing, and Hal returns with a flimsy story about the blood in his truck and a dent near the headlight. When the situation escalates from that of a missing girl to something more sinister, Alma and her husband are forced to confront what Hal might be capable of, as rumors fly and townspeople see Hal’s violent past in a new light.

A drama about the complicated relationships connecting the residents of a small-town farming community, Deer Season explores troubling questions about how far people will go to safeguard the ones they love and what it means to be a family.

Flanagan balances the mystery and its surprising resolution with her emotionally rich character explorations. This is a standout novel of small-town life, powered by the characters’ consequential determination to protect their loved ones at any cost.

Flanagan perfectly captures the mid-1980s — a time before cell phones and when social media meant gossip passed around person to person. Secrets, fears and distrust seep through Gunthrum as Flanagan shows how these issues become a part of the daily fabric of the residents’ lives. . . . Flanagan establishes her skills as a novelist.

With incisive prose and finely wrought tension, Deer Season is an absorbing tale of a small town that is both severed and knitted together by tragedy. This book does not just return us to a forgotten place and time; it recreates it for us. This is fiction at its finest.

The heartland characters in Erin Flanagan’s Deer Season are the kind courted by American politicians come election time: hardy, traditional, plainspoken, and family-oriented. One of them is also a murderer, and in a rural community of like-minded folks, protecting one of their own might just be considered more important than justice. Flanagan subverts the traditional whodunit by pointing the reader not just to multiple suspects but, more importantly and humanely, the many victims of a single act of violence.

Narrated in an engaging voice nuanced with unsentimental empathy, Deer Season delivers a literary mystery that will leave readers thinking about these characters and their story long after turning the last page. 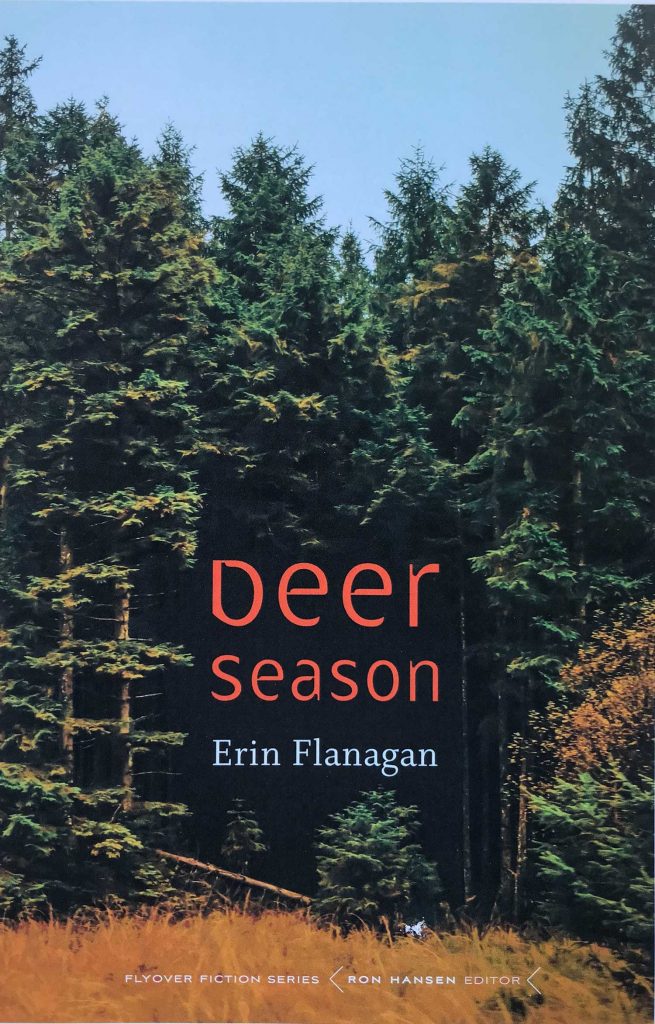